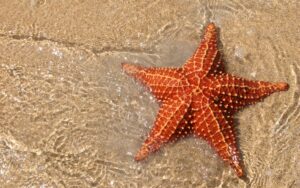 What is a Diagnostic Error?

Our population-based estimate suggests that diagnostic errors affect at least 1 in 20 US adults. This foundational evidence should encourage policymakers, healthcare organisations and researchers to start measuring and reducing diagnostic errors.

The Big Three in Diagnostic Errors

Emily was bedridden with severe cramps, but five doctors told her she was simply “unlucky” to have painful periods. Tina had crushing chest pain yet was sent home from the hospital and told she had a gastrointestinal problem. Tanieka’s doctor attributed her fatigue and heart palpitations to stress. Jennifer’s M.D. diagnosed her terrible abdominal pain as a side effect of depression. All these women have one thing in common: Their doctors were wrong.

Prevention magazine contributing editor Dr. Holly Phillips joined Kathie Lee Gifford and Hoda Kotb to discuss how one woman’s cancer diagnosis led her to seek a second opinion, ultimately resulting in a misdiagnosis. Dr. Phillips suggests how to be more communicative with doctors and how to ask the right question.

Evidence is incomplete but still shows most patients will be impacted by the problem at some point in their lives.

Each year in the U.S., approximately 12 million adults who seek outpatient medical care are misdiagnosed, according to a new study published in the journal BMJ Quality & Safety. This figure amounts to 1 out of 20 adult patients, and researchers say in half of those cases, the misdiagnosis has the potential to result in severe harm.

To make their estimates, the investigators studied medical malpractice payment data from the National Practitioner Data Bank, an electronic collection of all malpractice settlement payments made by practitioners in the U.S. since 1986. They found that diagnostic errors were the most common source of the payments, the most costly and the most dangerous when it came to patients’ health. Such errors, which included diagnoses that were incorrect, wrong or delayed — were most likely to result in death than other other sources of malpractice suits such as surgical mistakes or medication overdoses.