​​Note:  This report was written by Ilene Corina, BCPA and President, Pulse CPSEA for a class on Alzheimer's / Dementia Care Training

This information is being developed to be shared with the loved ones of people who have been diagnosed with Alzheimer’s disease or dementia. Medical errors are the third leading cause of death in the United States.[i] People who research patient safety or medical errors may not always look at specific causes, reasons or processes for improvement. In this case we will look at patient safety as it relates to people living with dementia and/or Alzheimer’s disease.

While there are some studies written for academia, it is helpful for the caregiver and the people who love the person being diagnosed have access to some easy-to-understand information. 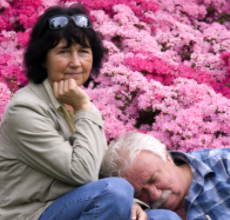 Misdiagnosis is all too common in the United States with one in three misdiagnoses resulting in injury or death.[ii]

Case: After Don (age 85) watched his pinky swell over a period of days until he could no longer bend it, he showed his wife who urged him to go to a local urgent care clinic.  There, he was quickly diagnosed with an infection and possible broken finger.  The doctor recommended antibiotics and then encouraged him to see a hand specialist.  “Thank goodness we were seen right away,” his wife says, “because it turned out he had gout, not a broken finger and not an infection.”

Misdiagnoses such as this are more common than people think. A report states that as many as 12 million adults each year are misdiagnosed, which is equivalent to 1 out of 20 adult patients. In half of those, the misdiagnosis had the potential to result in severe harm.[iii]

Cases such as Don’s often go unreported because no harm was done and the care ended up being appropriate.  How does the public learn about the possibility of being misdiagnosed?  Most professionals who work in healthcare know problems associated with misdiagnosis. But if this information is not reaching the public, there is much too much room for failure.

People with dementia may have sudden behavior changes.  Though it may be easy to associate this with the disease, there are other reasons that may need to be looked at such as infection or pain.  People with dementia who may not be able to communicate what is bothering them may act out, leading the caregiver to believe it is just part of the disease.[iv]

Case: Lilly called a local patient advocate to say that her mother, recently brought to a nursing home, was lying in her bed saying all she wanted to do was die. Lilly explained that her family, nursing home staff and her doctors were blaming this on her mother’s age and declining health. Lilly explained that this was new behavior and that her mother never previously acted like that. The advocate asked for a meeting with Lilly and the staff leadership at the nursing home. Upon request, the nurse manager presented Lilly and the advocate with a list of her mother’s medications. When the advocate brought the list to an independent pharmacist, the pharmacist suggested that a mixture of some of the medications could cause this behavior. When the medication was changed, Lilly’s mother went back to being her old self and went home with Lilly soon after.

Approximately 18% of persons misdiagnosed with Alzheimer’s disease were treated with a potentially inappropriate medication.  As many as 67% of people diagnosed are treated inappropriately.  [v]

Clinicians specializing in the diagnosis of dementia would be: a neurologist, psychiatrist, psychologist and/or geriatrician. After seeing their clinician, a person should see a specialist. An exam to diagnose Alzheimer’s disease or dementia can be long and complicated, but thorough. [vi] Many researchers such as the National Institute of Aging at the National Institute of Health (NIH) still feel that Alzheimer’s can only be definitively diagnosed after death by linking clinical measurements with an examination of brain tissue in an autopsy. [vii]

Other reasons a person may show symptoms of dementia may be a urinary tract infection (UTI). An infection that spreads to the bladder and kidneys may go unrecognized by an older adult. They may be confused forgetful and even hallucinate.  A urine test and antibiotics may be all that is needed. [viii]

As many as 200,000 people are said to have early onset Alzheimer’s (40s and 50s).  This is usually genetically determined. People who do not know their family’s history (early death of family members, adoption) may not know their family history of dementia. People who are younger may be misdiagnosed. The behavior can be attributed to stress unless the person is seen by a clinician who specializes in Alzheimer’s disease. [ix]

Since dementia may affect different people differently, it’s important to keep records of behavior and any memory loss.

Presently there is no cure for Alzheimer’s disease or dementia but some medications may slow down their progress. These medications can cause side effects that the caregiver should be made aware of.

People with Alzheimer’s disease may be seeing more than one doctor. Medications should be regularly reviewed for interactions. Always use the same pharmacist so the records are kept together. Medication side effects can be anything from constipation to dizziness and headaches. These side effects can be caused by Memantine which is used to help improve memory and daily functions. [x]   Memantine does not cure dementia or Alzheimer’s but is often used to treat the confusion associated with it. [xi]

When side effects occur, someone with dementia may not be in a position to describe or understand them, so caregivers should be aware if they occur and report them to the doctor and pharmacist for appropriate treatment.

Donepezil is also not a cure but is used to treat dementia and Alzheimer's disease since it can improve thinking ability in some patients. Donepezil also may have side effects.  The most common are diarrhea, loss of appetite, muscle cramps, nausea, trouble in sleeping, unusual tiredness or weakness, and vomiting. For a full list of side effects visit https://www.mayoclinic.org/drugs-supplements/donepezil-oral-route/side-effects/drg-20063538

Rivastigmine, which is used to improve memory, is also used to treat confusion related to Alzheimer's disease and Parkinson's disease. Rivastigmine may improve memory, awareness, and the ability to perform daily functions but has similar side effects to the others.

Between 700,000 and 1,000,000 people in the US fall each year in the hospital. Falls can lead to serious injury such as fractures, lacerations, or internal bleeding, leading to longer hospital stays and even death. [xii]

For this reason, even if someone with Alzheimer’s or dementia has never fallen, they are at increased risk because of the medications they may be taking. It is important that an accurate and up to date list of medications (including dosages and when they were started) is always with the person who has Alzheimer’s or dementia, as well as held by the caregiver who may need to meet the person at the hospital. To reduce the chance of a patient falling, hospitals have “fall prevention programs”. Caregivers should ask about fall prevention in the hospital and what is done to help prevent falls.

Aphasia is a condition that destroys a person’s ability to communicate in speech or writing.  Aphasia may be caused by a stroke, head trauma or tumor. [xiii]  Aphasia can also be caused by Alzheimer’s disease.

When diagnosing someone with aphasia, diseases such as Alzheimer’s disease and Parkinson’s disease should be excluded from the neurological exam because people who have had a stroke or head trauma may improve over time with proper care and treatment. [xiv]

This will hopefully assist in helping to equip the caregivers of people who have been diagnosed with Alzheimer’s or dementia with some questions and tools to help arrive at a proper diagnosis and appropriate medical care.