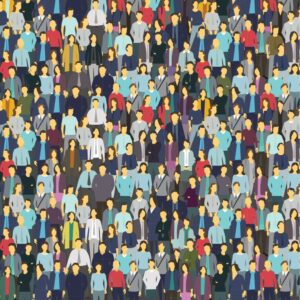 One is a Number. Every "one" matters

We hope that this will be a place to easily find studies and information about patient safety and studies about medical errors while remembering that each number represents someone who entrusted their life or the life of a loved one to the healthcare system.

20 Obstacles to Patient Safety
Everyone who belongs in healthcare passionately wants the best for patients.
Medical error, however, persists as the third greatest cause of death.

Medical errors are a serious public health problem and a leading cause of death in the United States. It is challenging to uncover a consistent cause of errors and, even if found, to provide a consistent viable solution that minimizes the chances of a recurrent event. By recognizing untoward events occur, learning from them, and working toward preventing them, patient safety can be improved.

Medical errors in the emergency room: Understanding why July 28, 2018

Medical errors are estimated to cause 250,000 deaths per year in the US. Previously, research on admitted patients suggested that errors are due to the way doctors process the data they have about patients -- in other words, doctors have the right information, but might not act on it in the best way.

​Johns Hopkins study suggests medical errors are third-leading cause of death in U.S.      May 2016

Analyzing medical death rate data over an eight-year period, Johns Hopkins patient safety experts have calculated that more than 250,000 deaths per year are due to medical error in the U.S. Their figure, published May 3 in The BMJ, surpasses the U.S. Centers for Disease Control and Prevention's third leading cause of death—respiratory disease, which kills close to 150,000 people per year.

In 2010, the Office of Inspector General for Health and Human Services said that bad hospital care contributed to the deaths of 180,000 patients in Medicare alone in a given year. Now comes a study in the current issue of the Journal of Patient Safety that says the numbers may be much higher — between 210,000 and 440,000 patients each year who go to the hospital for care suffer some type of preventable harm that contributes to their death, the study says. That would make medical errors the third-leading cause of death in America, behind heart disease, which is the first, and cancer, which is second.

About 1.7 million Americans acquire infections in health care settings each year, killing 99,000 patients and adding $45 billion to the nation’s annual medical expenses, said a report issued in July by the Alliance for Aging Research

Diagnostic Errors Are the Most Common Type of Medical Mistake  April 24, 2013

To make their estimates, the investigators studied medical malpractice payment data from the National Practitioner Data Bank, an electronic collection of all malpractice settlement payments made by practitioners in the U.S. since 1986. They found that diagnostic errors were the most common source of the payments, the most costly and the most dangerous when it came to patients’ health. Such errors, which included diagnoses that were incorrect, wrong or delayed — were most likely to result in death than other other sources of malpractice suits such as surgical mistakes or medication overdoses.

People actively involved in their health and health care tend to have better outcomes--and, some evidence suggests, lower costs.  A growing body of evidence demonstrates that patients who are more actively involved in their health care experience better health outcomes and incur lower costs. As a result, many public and private health care organizations are employing strategies to better engage patients, such as educating them about their conditions and involving them more fully in making decisions about their care.

Although reporting is not mandatory in most states, some estimates put the national incidence rate, which includes wrong patient, wrong procedure, wrong site, and wrong side surgeries, as high as 40 per week.

Pulse Center for Patient Safety Education and Advocacy (CPSEA) is dedicated to raising awareness about patient safety through education, advocacy, and support.

We envision a world in which the patient's voice is heard and no one is harmed by healthcare.